Cardiff University is very proud of its collaboration with manufacturer of Traditional Chinese Medicine Yiling Pharmaceuticals, while the money it brings in is largely a private issue between the two business partners. Unfortunately Cardiff’s surgery and tumour biology professor Wen Jiang, Fellow of Royal Society of Medicine, is at the centre of an affair about data manipulation in his papers, and about criticisms of peddling Yiling’s TCM concoction of ginseng, dried fungus, chicken gizzard and crushed cockroach as a Cardiff University-certified cancer cure, all involuntarily sponsored by the Welsh public and charity Cancer Research Wales. This is why the university threw their own damning internal investigative report out of the window, and had three poorly qualified experts declare Jiang innocent of any data manipulation in his cell biology papers. Cardiff University issued then a press release accusing me personally of having slandered Jiang with false allegations of misconduct.

After having mulled another one of my Freedom of Information (FOI) inquiries for a month, this time a request for the investigative report, Cardiff University declared that their whitewashing opus is secret, because:

“the formal investigation has not upheld the allegations of misconduct and to further distribute this report would be an unnecessary invasion of the privacy of the individual involved”.

Unlike the university claimed in public, I never raised any misconduct accusations against anyone in person, but merely listed the PubPeer evidence, in fact after Cardiff themselves have verified it, but now apparently expect to disappear after their whitewashing verdict. My regular contributor Smut Clyde and myself however dared to poo-poo Yiling’s business model and Jiang’s practice of wrapping Yiling’s patented TCM herbal, fungal and animal cancer remedies in peer-reviewed British papers, in order to peddle those to Chinese and western patients. Now put in our shameful place, we both prostrate and sincerely apologise to Cardiff University, begging the Welsh academic authorities to have mercy on us. Please don’t deal with us as with that Chinese doctor, who ended up in jail for 3 months for criticising quack produce of another TCM Pharma company, or in  fact as Chinese police handled a reporter who quoted from our article on Wen Jiang and Yiling Pharma.

An article exploring the relationship between Wen Jiang and Yiling on scientific misconduct was forced to delete from Chinese media while its editor was held against his will by police @schneiderleonid @SmutClyde https://t.co/ulJIPPWutE

The Cardiff University press release from 19 April 2018 is here again, in full:

In recent months a number of allegations have emerged on social media and blog posts about research conducted by Professor Wen G. Jiang, notably on https://forbetterscience.com/2018/02/14/fried-divine-comedy-featuring-anti-cancer-cockroach-and-phallic-fungus/#more-23091

Some of these allegations, relating to research misconduct, were formally submitted to Cardiff University by an anonymous whistleblower.

Cases of research misconduct are rare at Cardiff University. However, when allegations are made they are considered in accordance with the University’s Procedure for Dealing with Allegations of Misconduct in Academic Research.

The University’s procedure is in line with guidance issued by the UK Research Integrity Office, to which the University subscribes.

The University has conducted a formal investigation into the allegations.

In all it reviewed allegations relating to 19 publications and has not upheld the allegations of misconduct.

Cardiff University reviews the research quality of all its academic staff as part of performance development reviews and ongoing preparations for the next national Research Excellence Framework (REF). Professor Jiang has been assessed by independent review as having research outputs of a standard eligible for submission to the next REF.

Yiling Pharmaceutical Company is one of China’s high-tech pharmaceutical companies, devoted to research and development, manufacture and marketing of new medicines. Its products are listed in China’s National Formulary and Health Insurance list.

Its research work has focused on the health benefits of the traditional Chinese medicine preparation Yangzheng Xiaoji and on the development and advancement of new treatments for cancer and infectious diseases, with a particular focus on Chinese medicine.

The Cardiff University – Yiling Group Joint Medical Research Centre was established in 2013 through a gift from Yiling Pharmaceutical Company to Cardiff University. This followed a due diligence report, completed in October 2013, which found no issues of concern.

Under the terms of the gift agreement, Yiling Pharmaceutical Company agreed to donate £300,000 over three years (November 2013 to July 2016) to support a number of scientific researchers, known as “Yiling Scholars”,  through provision of a stipend, research and publication costs, to undertake research projects in cancer molecular pathology at Cardiff University.

Research conducted at Cardiff University under Professor Jiang’s direction has been concerned with understanding the molecular pathological mechanisms of cancer and metastasis. A minority of studies have examined the efficacy of traditional Chinese medicine preparations and potential mechanisms of action.

Jiang is innocent of any misconduct, and it will remain forever a secret

The wealthy Chinese medscammer gets a good return from his small investment in Cardiff: lots of advertising & credibility for his TCM & cancer-cure-tourism frauds. Cardiff researcher even write his patent applications. All subsidised by Welsh cancer charities

This is also why Cardiff’s dealing with Yiling Pharma are secret, as per another of my rejected FOI requests to Cardiff University, which is utterly unashamed to advertise for cockroach-flavoured chicken gizzards as cancer-cure, while chickenshittingly afraid to embarrass themselves by publishing their external investigative report. This is despite the fact that Cardiff did release the previous internal report (published on my site), led by their own cell biologist Adrian Harwood, which confirmed most instances of data manipulation in Jiang’s papers,  precisely the instances of gel band duplications as well as inappropriate gel splicing and image reuse.

Another cancer research professor, whose papers the same internal commission found to be tainted by manipulated data, was Robert Nicholson. In his case however, there was no press release, the investigation might be ongoing or concluded with secret result, with its report fed to chickens and cockroaches, whom Cardoff University then used for TCM cancer cure. Cardiff invited these “experts” to fix the Jiang and Nicholson mess: Judge Ray Singh , Pro Vice Chancellor at Reading University Gavin Brooks and Cardiff’s own optometry professor Jeremy Guggenheim. Of this crack team, only the former cardiovascular researcher and now university manager Brooks might have had a vague idea of what a western blot might be, and why the bands therein should not be duplicated.  Or maybe he is just as clueless about protein gels and their integrity as the optometrician Guggenheim and the judge Singh are, on whose expert legal advice the Cardiff University accused yours truly of slandering poor innocent Jiang.

Despite all being a misunderstanding from libellous blogging, Jiang had by now to correct 3 papers of Cardiff origin for manipulated data: Martin et al 2004, Du et al 2013 and Gao et al 2015, while the data intergrity sleuth Clare Francis kept finding new  evidence of manipulated data in his papers, like this here, in Cheng et al FEBS Letters 2013: 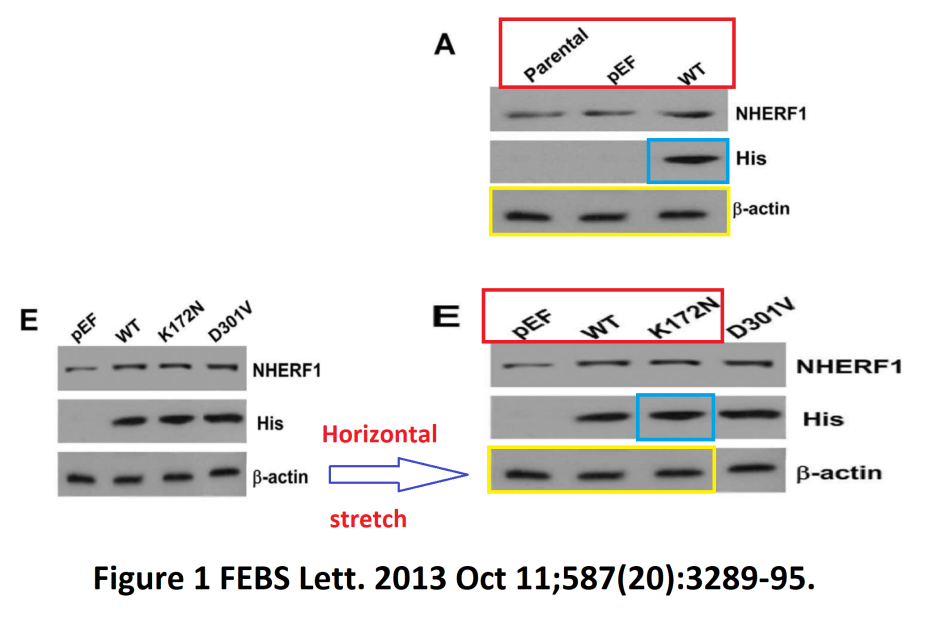 This was the reply from Cardiff University from today, 22 May 2018, where I was denied access to the investigative report on based of which the same university publicly accused me of libel:

“The University considers that to disclosure this information could be unfair to the individual. The disclosure would not be within the reasonable expectations of an employee and it could constitute an unnecessary intrusion into the privacy of the individual involved.  This could fundamentally undermine the employer/employee relationship and expectation of mutual confidentiality between both parties.  The University has a duty of care to ensure that the information which it holds on its employees is dealt with in an appropriate manner.

In coming to this conclusion the University has consulted guidance produced by the Information Commissioner’s Office on the what can be considered personal data, https://ico.org.uk/media/for-organisations/documents/1213/personal-information-section-40-and-regulation-13-foia-and-eir-guidance.pdf . This guidance states that information relating to an internal investigation or disciplinary hearing will carry a strong general expectation of privacy. “This was recognised by the Information Tribunal in the case of Rob Waugh v Information Commissioner and Doncaster College (EA/2008/0038, 29 December 2008) when it said at paragraph 40 that:“…there is a recognised expectation that the internal disciplinary matters of an individual will be private. Even among senior members of staff there would still be a high expectation of privacy between an employee and his employer in respect of disciplinary matters.”

Furthermore, the formal investigation has not upheld the allegations of misconduct and to further distribute this report would be an unnecessary invasion of the privacy of the individual involved”.

The FOI options are not exhausted though. Let’s see where this leads.

The Information Commissioner’s Office (ICO), responsible for England and Wales,  rejected my complaint in full. The decision letter is here, here is the key quote:

Basically, Wen Jiang’s career would be damaged if the public were to find out how exactly Cardiff University decided that he is merely a victim of my slander. I agree, three cheers with a ginseng cockroach infusion to that!