Karin Dahlman-Wright, former Rector (and now Vice-Rector) of the Karolinska Institutet (KI) in Stockholm, Sweden, is under misconduct investigation, after she presided over KI’s resolution of the Paolo Macchiarini  scandal where whistleblowers were found guilty of research misconduct. After initial evidence of suspected data manipulation in one of her cancer research publications was posted on PubPeer by a reader of my site, I invited other experts to scrutinise the Vice-Rector’s papers. The combined rather extensive evidence was reported on my site. Also Johan Thyberg, emeritus KI professor and chronist of KI research misconduct scandals, contributed by discovering additional band duplications.

Because KI saw itself unable to investigate such a senior executive in an unbiased manner, the University of Gotheburg took over, having just now successfully concluded a major case of research fraud, incidentally by a former KI researcher and soon a Gothenburg ex-professor Suchitra Sumitran-Holgersson. Thyberg was able to obtain the original gel scans Dahlman-Wright submitted to the investigative committee, and it is his analysis of which I publish below. None of the papers under scrutiny is older than 10 years, yet the raw data does not seem to be available to all of them. Where it was provided, it doesn’t always match the published figures.

Another high KI official caught with fishy data in his paper was the rector Ole Petter Ottersen. In his case, it was an old paper from 1999 he co-authored, where the first author Maria del Mar Arroyo-Jiménez (now dean of the pharmacology faculty at Universidad de Castilla-La Mancha), refused to tell me who generated the offending figure with its triplicated gel lane. In this regard, KI dropped the issue as not their responsibility. The Dahlman-Wright case however is of a very different quality. The papers are very fresh, and they all come from the Dahlman-Wright lab at KI.

KI received my article as evidence and attributed the case number Dnr 2-4145/2018. On 20 July2018, KI Chairman Mikael Odenberg published this official blog post announcing the outsourcing of the investigation to the University of Gothenburg, where he also said this:

“In the sad aftermath there are now attempts to finger the university management – the Rector Ole Petter Ottersen and Vice Rector Karin Dahlman-Wright – with accusations that they certainly are also guilty of research fraud.

We learned yesterday of two similar complaints, and particularly in the one it became abundantly clear that the issue is really about the whistleblowers. The idea seems to be that if the rector did wrong him- or herself, and if they can be convicted of this, they have also forfeited their right to judge others. […]

Finally, I regret that the Macchiarini case indirectly continues to blight our lives. Fraud case surrounding the six articles is in any case now a closed chapter, as far as KI is concerned. KI’s journey continues and I can not emphasize enough how safe I feel to have Ole Petter and Karin as rector and vice-rector on this journey.”

Gothenburg took over as agreed and assigned the case numbers dnr D 2018/115 and D 2018/112. The official announcement by University of Gothenburg came on 16 August 2018, Dahlman-Wright was not named:

Karolinska Institutet (KI) has received a complaint regarding suspected research misconduct. Because the notification relates to a leadership person KI has turned to the University of Gothenburg with a request to investigate and register the case.

Now the universities have signed an agreement that sets the framework for how to do it.

– We will provide expertise and conduct an investigation, says Eva Wiberg, Rector of the University of Gothenburg. A report will be produced by reasoning and conclusion on the issue of scientific misconduct.

The statement, when it is ready, will be turned over to the Karolinska Institute for further handling and decision.

Thyberg offered his assistance to the Gothenburg colleagues by pointing out the irregularities he spotted in Dahlman-Wright’s papers and her raw data. This was Thyberg’s dossier, and here is the original data he received. An excerpt:

The paper in question, Liu at al PNAS 2008 is the oldest of the Dahlman-Wright lab’s works under investigation, being 10 years old and thus a borderline case according to KI regulations on data storage which mandate:

“As a rule, research data and documentation has to be stored for at least 10 years after publication, sometimes even longer.”

Still, the raw data is there. One now understands why the panel in Figure 1A was likely duplicated. The figure shows various antibodies raised against the cancer-relevant estrogen receptor beta (ERβ ), with the anti-ERβ antibodies AP1A and AP2A showing same result due to the duplication (red box). As the paper explains, they both do not detect “the overexpressed ERβ by Western blot analysis”, which proves untrue once we see on the provided original gel what AP2A really detected: big fat specific-looking bands, which respond to Tetracycline (tet) induction. The LBD signal on the provided gel photo does not match what was published in the figure (blue box). Was it from a different experiment then?

Also in this case, the provided raw data does not entirely match:

Same Figure 1 of Liu at al PNAS 2008, but now Panel 1B. The AP1A and AP2A seem once again to contain identical background areas (purple inset boxes), while the relevant blank area of the original gel doesn’t match in is background pattern. Is the labelling provided by Dahlman-Wright in a lab book excerpt correct? We also see that the authors removed two lanes where antibody 14C8 was tested, obviously because it is not mentioned anywhere in the paper, but they did not indicate the gel splicing in the figure.

The next issue, in Figure 1C, is even more strange:

Also here, the 14C8 lanes were removed without indication of splicing, but the strangest thing is how a gel band for LBD beads was artificially moved down a tick. It may have a scientific relevance why the ERβ protein was slightly heavier (hence higher on the gel) under those experimental conditions, it may also be an artefact. But why digitally manipulating the western blot data? Basically, if authors saw the need to interfere with digital image manipulation in such minor instance, where else did they interfere, to adjust their results?

For the Liu at al PNAS 2008, Dahlman-Wright provided 10 year old raw data. But not for much younger papers, like this Qiao et al Oncotarget 2015 study.

The authors provided instead of the necessary raw data the same pictures of gel bands they already published. What the additional information is supposed to be here, is unclear. Thyberg however notices that same actin loading control was used for 3 different cell lines and different experimental conditions, once even flipped. Please refer to the full Thyberg’s dossier, for the larger picture.

As aside, that paper was subject to a strange Oncotarget hide-and-seek game, where it was removed (along with some others) from the publisher’s website without a trace, and restored after complaints to the Editor-in-Chief Mikhail Blagosklonny, who declared to have no knowledge whatsoever of what was going on. Nothing to do with KI or Dahlman-Wright, just a confused scholarly publisher behaving very erratically.

To ensure research integrity, Oncotarget temporarily removes papers under investigation or in dispute, updates are published when finalized.

We have just pulled both of these papers and sent for image forensics.

For the paper Zhu et al Oncogene 2014, the original western blot scan was provided, unlabelled. This is better this way, because it actually seems to show pieces of two or three physically separate western blots exposed together on one film. The shapes, positions and orientations of corresponding bands of allegedly same gel lanes namely do not match (see left-hand side):

What is also obvious, is that the lower set of bands was used trice, in 2 different cell lines HEK293 and MCF7, and as signal for 2 different proteins: GAPDH and ERalpha. Without correct loading controls, all data becomes unreliable.

There are other band duplications in Dahlman-Wright papers which Thyberg lists in his dossier. The Vice-Rector’s lab might be able to recover the required raw data, or maybe it never existed in the form it was published. University of Gothenburg has lots of work ahead, and KI should ask itself if maybe it has a general problem with research integrity, even if one for a moment forgets about their past cover-up of Macchiarini fraud. There are internal misconduct investigations at KI which led nowhere or to an embarassing whitewash. The only thing where Karolinska leadership, past and present, proved itself highly efficient so far, was harassing whistleblowers.

Update 5.09.2018. In a related case, the KI Rector Ole Petter Ottersen was freed of suspicion of scientific misconduct. By this announcement, KI admitted what was until now a secret: that Ottersen was indeed responsible for this offending figure with a triplicated gel lane in a collaborative paper Arroyo-Jiminez et al 1999. But because such data manipulation is now officially declared to be good scientific practice in France, the Pasteur Instittue found nothing even blameworthy here. 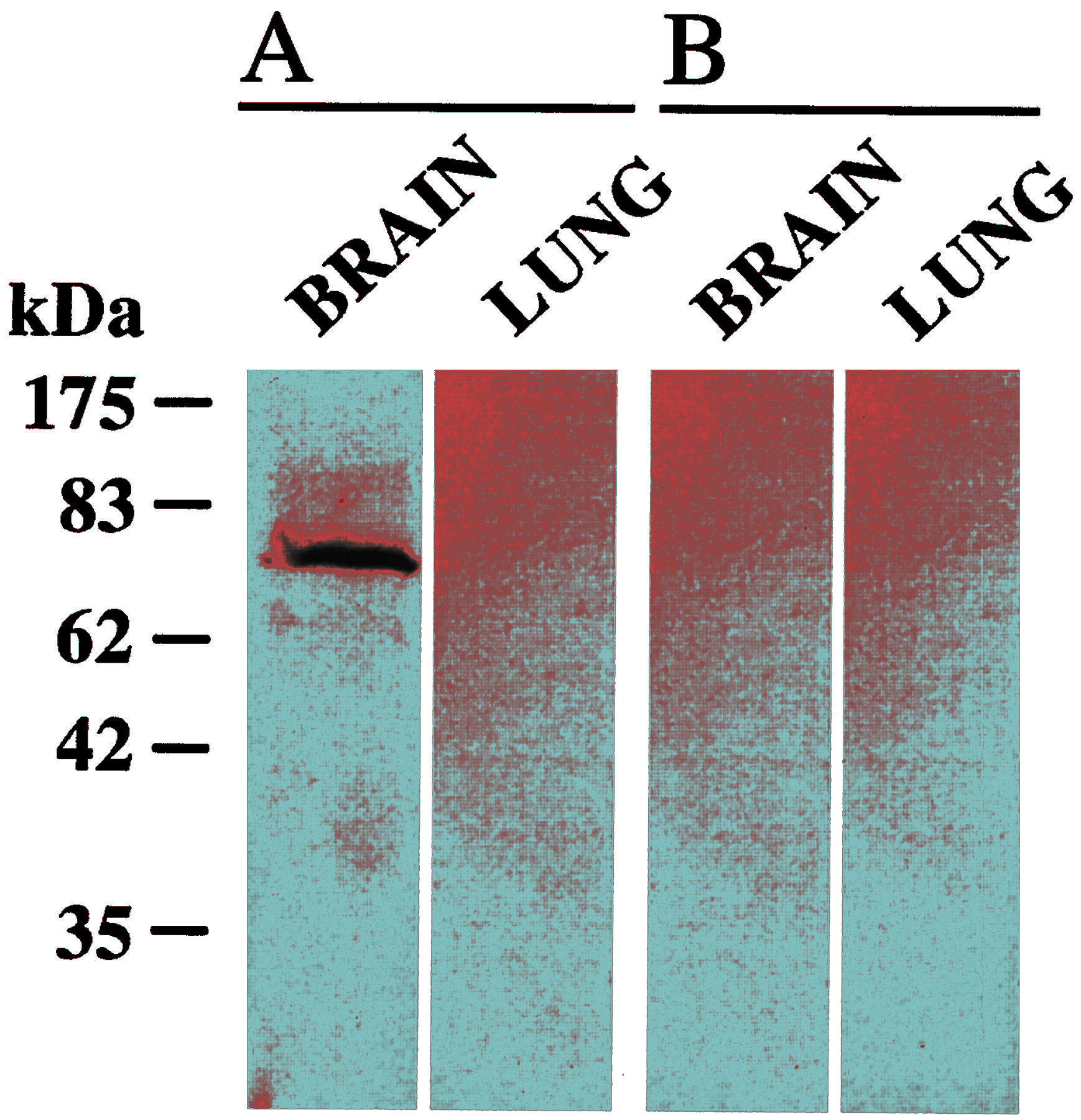 The registration attracted attention because several Swedish and Norwegian media connected this notification with the misconduct decisions the rector has taken on June 25, 2018 in the so-called Macchiarini case.

The research on which the article in the Journal of Neuroscience is based, has not been carried out at KI, which means it can not be investigated here. Therefore the notification was dismissed. KI made contact with the research organization, the Institut Pasteur in Paris, to check if there the article in question can be investigated on whether it could be considered research misconduct.

Today, Wednesday, September 5, 2018, news came from François Rougeon, chairman of Pasteur Institute ethics committee. After reviewing the information in the article, the inquiry concludes that there are no grounds to find the article as containing scientific misconduct:

”In our opinion, the analyses of the data does not support the allegation of scientific misconduct”.