The British research funder Wellcome Trust (now just Wellcome) is about to launch its own journal, where the funding recipients and their collaborators are invited to published their research free of charge (since Wellcome will be covering those costs). Wellcome Open Research will be open access (OA) and offer fully transparent post-publication peer review, i.e. all reviewer reports, manuscript versions as well as reviewer identities will be posted alongside the final articles. Manuscripts which received peer review approval will become proper research papers and feature accordingly on PubMed and other databases. Wellcome specifically invites scientists to publish negative and null results as well as databases. Importantly, the funder also promotes data sharing through “inclusion of supporting data”. The platform on which Wellcome Open Research will operate is that of F1000Research, a post-publication peer review journal which prides itself of its open science approach.

This sounds like excellent news for science, which is plagued by irreproducibility and misconduct crises, and many welcomed the Wellcome initiative, hoping that other national funding agencies in Europe, North America and elsewhere might follow. It is indeed the first serious attempt by a major western funder to move away from publisher-dependence towards a “samizdat”, a self-publishing service run exclusively for own researchers and their partners. However, a similar model of university press proved unsuccessful before and never became accepted by the scientific community. Therefore, some are sceptical that this Wellcome publishing enterprise may ever take off.

A confused article about Wellcome's new journal–if it offers formal peer review, it is not a preprint server https://t.co/48PgwnF8Iw

The research integrity “watchdogs” Ivan Oransky and Adam Marcus (founders of Retraction Watch) decreed already in the title of their column in the medical news magazine STAT, that Wellcome Open Research is just another pre-print server. In fact, even after STAT changed the headline, the main text still repeatedly described the new publishing outlet “a similar venture” to bioRxiv, a biology preprint server operated by Cold Spring Harbour Laboratory Press.

Thanks, as explained, that headline was changed Thursday. Will the Trust call it a journal?

This of course is not a valid comparison, as many pointed out. Preprints are not peer reviewed, they are manuscript drafts which scientists present to the community before submitting them to proper journals for peer review and publication. So a bioRxiv preprint is meant to be submitted to a journal, in fact more and more journals encourage scientists to publish preprints before forwarding them for their editorial consideration. On the other hand, if anyone should attempt to publish a Wellcome Open Research (or a F1000Research) paper elsewhere, it will be retracted as double publication and deemed as an act of academic misconduct. This distinction should be pretty obvious to all research integrity watchdogs.  Wellcome specifically says on their website their journal is NOT a preprint venue:

“While Wellcome Open Research is similar to a preprint server in that authors can publish immediately anything they wish to share, it differs importantly in that publication is automatically followed by invited transparent peer review. It performs the functions of refereeing, thus completing the publication process”.

But there is reluctance by many to call it a journal. Comparison therefore apt.

Regardless of any of this, Oransky stood his ground and denied Wellcome Open Research the status of a journal. His modified STAT column speaks of it as an “e-journal”, a concept I could not find ever mentioned on his Retraction Watch, certainly not when other electronic online-only PLOS et al titles were debated. I asked Oransky over Twitter to specify his distinction of journals vs e-journals, but received no reply. In any case, this strange pigeonholing is inconsequent, since F1000Research, which platform Wellcome Open Research will be using, was described by an Oransky-authored article on RetractionWatch simply as “open science journal”. Not as “e-journal”, and certainly not as a preprint venue.

So what exactly is the watchdogs’ problem with Wellcome Open Research? Maybe there are some concerns about business practices of the F1000 founder and chairman Vitek Tracz. Oransky started his career in science journalism under Tracz and used to work for him for 8 years (as he discloses in his column), first at Praxis Post, which closed after Tracz  sold the parent company, then between 2002 and 2008 as editor of The Scientist. That journal also almost closed shop in 2011, by Tracz’s decision (it was then rescued by another investor). Tracz is actually known to develop academic media enterprises and soon after sell them to big companies, as journalist and open access activist Richard Poynder has extensively investigated while preparing his interview with Tracz.

There, F1000-director Tracz dropped in September 2015 a hint or a prediction of the current Wellcome deal:

“We want to convince funders and other major institutions that they have the responsibility to address the significant issues with publishing as it is at present and they now have the means to do so by using services like F1000.com”.

“F1000 sees itself as a service provider. One of the services we can offer to funders and institutions is to operate a publishing platform using the system we have developed for F1000Research”. 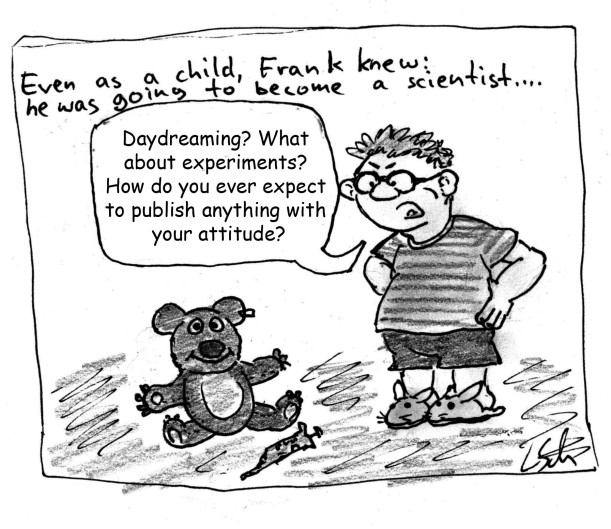 The open-science businessman’s most famous coup was the sale of the BioMedCentral journal family he founded to the publishing giant Springer, at an undisclosed sum. F1000Research is also one of Tracz’s creations, launched in 2012, where he still holds the control. What if Tracz should decide to sell F1000Research next, e.g. to Springer or Elsevier? What if these new owners should decide to raise the article processing charges (APC, which are currently between $150 and $1000)? Poynder shares his views on the Wellcome Open Research initiative and cooperation with F1000:

“I think it is a good thing, but I worry about the use of proprietary platforms. […] Could those funders and research institutions who have outsourced the publishing of their papers to F1000 face price increases as steep and regular as we see with journal subscriptions, and with APCs? And if the F1000Research platform is proprietary, could they be vulnerable to some form of vendor lock-in?

Of course, if all the papers were published CC BY, any subscriber who began to jib at the F1000 price could relocate them to a less costly platform. But that would take some work. Moreover, F1000Research appears to take a surprisingly proprietary approach to the content it hosts. While the papers it publishes may have a CC BY licence attached to them”

“You may not redistribute any of the content of this website or create a database in electronic form or manually by downloading and storing any such content unless licensed to do so by the applicable OA Content Creative Commons license without the prior authorization of F1000”.

So, will Wellcome have to pay F1000Research out, if they decide to transfer their common papers to a competing publishing platform in the future? The funder dispels such concerns about ownership. Robert Kiley, Head of Digital Services at the Wellcome Library, indicated to me over Twitter that their authors retain all CC-BY licences and that the funder could move to a competing platform together with all their published papers without any copyright restrictions.

F1000 are providing the infrastructure.In future, another publisher could provide service

Copyright of papers retained by authors. Made available to all via CC-BY (CC0 for data).

All articles will get and keep a Wellcone citation irrespective of who the service provider is running the platform https://t.co/2U2RLBAWis

This is good news then. Maybe at some point Wellcome might even switch to a non-commercial publishing platform, based for example on the open-source Continuum, which their own journal eLife (also supported by HHMI and Max-Planck-Society) has developed.

Such move would also preclude another potential source of unease. The F1000 director Tracz is was repeatedly accused of hiding his profits in Switzerland, Cyprus and other tax heavens, as Poynder’s detailed analysis suggests (pages 6 and 7). Also F1000 is, according to his evidence, controlled out of Cyprus, thus the APCs Wellcome will be paying them will be likely taxed (or rather, not taxed), in that Mediterranean tax resort. Dealing with tax—evaders however is something which public and charity funders should avoid, for ethical reasons alone.  Poynder’s comment to me should also make Wellcome think:

“As far as I am aware most of Tracz’s business operations are run out of the UK, and he lives in Paris and London. It is not clear to me why there is a need to have a  network of companies  in low-tax jurisdictions. When last year I asked him if  he  could  clarify the ownership  of  these companies,  and  say whether  or  not the  complex corporate structure  characteristic of  his  business  activities  is  intended  to  limit  tax liability  he replied,  “I will  not be  answering  these type of  irrelevant  questions.  I am sorry you  are trying”.”

Major changes are happening these days on the academic publishing market. Open Access was first assailed by the publishers and protested against, than quickly recognised as a highly lucrative APC-trough. Eventually, it became understood that science was being ripped-off, while certain scientists waste public funds on the OA market to abuse the author-paid OA model for self-promotion and to publish rubbish papers under pretence of peer review. Clever publishers, while still defending the subscription and APC market, increasingly develop new sources of income. These are platform services like data storage management and publishing-support deals like the one of F1000 with Wellcome. Which is actually what publishers should have restricted themselves to in the first place, as Tracz told Poynder:

“We are changing from “publishers” to “service providers”, and our services will only be used when they are needed”.

Concluding, Oransky and Marcus are wrong to insist that Wellcome Open Research is a “preprint venue”, but are surely right to be sceptical whether Wellcome-funded scientists will really turn away from big-name journals towards. Regardless of the “points” incentives the watchdogs propose, Wellcome-funding recipients will be acting quite irresponsible towards their own junior co-authors if they were to neglect the “venerated” publishing venues. Instead, the funder should reward its scientists for sharing with the scientific community in Wellcome Open Research all those critical aspects of science which elite journals often look down their noses at. Things like original datasets and “unpublishable” negative and null results. Without any bills attached to publishing those, many scientists (certainly all honest ones) might Wellcome the offer. This is where Wellcome Open Research has the potential to revolutionise science.