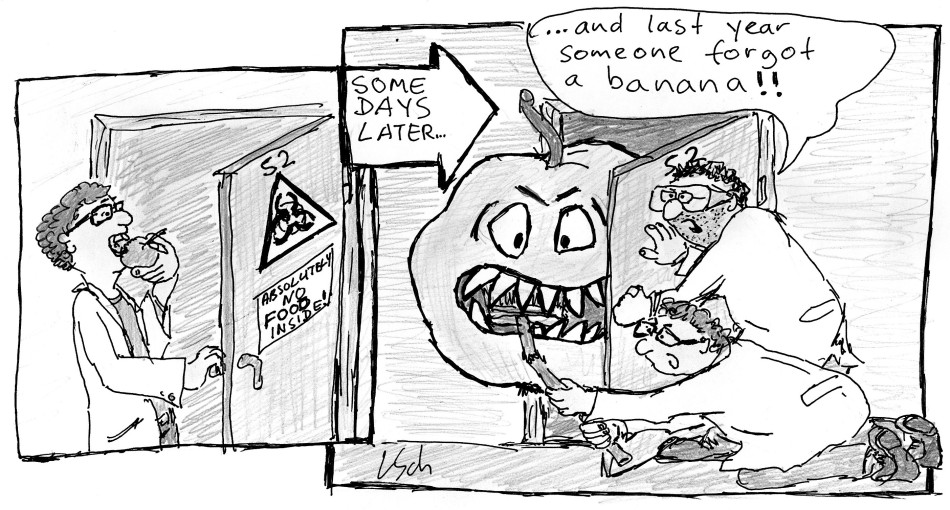 The trachea surgeon and formerly world-renowned stem cell pioneer Paolo Macchiarini, whose human experimenting left most of his trachea-transplant patients dead or in permanent emergency care, certainly did not intend to restrict himself to regenerating airways. He wanted to grow hearts, and he was likely to have been inspired by his former colleagues in Hannover, Germany.

In a particularly revealing interview with a Russian magazine, Macchiarini explained in spring 2014 how an entire organ can be created:

“You cannot grow an entire organ from the cells of an adult human. Besides the cells, you need something else: donor organ or an artificial carcass”.

Thus, for Macchiarini regenerative medicine was reduced to pressing bone marrow cells into the right mould, either a decellurised donor organ consisting only of collagen fibres, or a plastic scaffold. If the form is of trachea, the bone marrow cells will regenerate a trachea. If the form is that of an oesophagus, they will grow an oesophagus. And if they are seeded of a heart-shaped scaffold, they will produce a real beating heart. This of course is one deeply ignorant and unscientific notion, which blatantly disregards the most basic concepts of developmental biology in favour of medical hubris and false promises. Shockingly, politicians, media, university doctors and even stem cell scientists somehow fell for it.

In the same interview, Macchiarini discussed his further plans at the Kuban medical University in Krasnodar, Russia:

“Next will be oesophagus and diaphragm. Currently we are testing those on animals. Soon we will grow a first functional heart, in collaboration with the Texas Heart Institute [apparently, together with their director of regenerative medicine research Doris Taylor, -LS]. In Kuban we have a monkey facility for medical research- if all works out, we will test on them the performance of the lab-grown heart”.

Luckily for monkeys, but also humans, Macchiarini’s work in Kuban was terminated once his Russian Megagrant funding expired, or so it seems. But in regard to his big plans of growing a heart in a dish, it is worth looking back where Macchiarini likely got his idea.

It seems, he developed it together with the heart surgeon Axel Haverich, head of the clinic for heart, thorax and vascular surgery at the Medical University of Hannover (MHH) in Germany. The MHH is where the German-fluent Italian (who already worked as surgeon in a local Hannover clinic since 1999) kick-started his career as stem cell pioneer. There, Macchiarini met his student acolyte Philipp Jungebluth as well as his collaborator in trachea regeneration, Augustinus Bader, briefly famous in Germany as inventor of a questionable blood-based “miracle-cream” (my detailed report about these two here).  Macchiarini was recruited to the MHH by Haverich himself, as guest and consultant surgeon. The Italian surgeon still holds the adjunct professorship title awarded to him by MHH in 2001 (apparently, it cannot be revoked).

This is what Haverich told the journal Circulation in 2009, simple as that:

“My overall aim is to rebuild an entire human heart from ‘ourselves.’ I’ve got about 10 years before I retire, and I think we will do it by then”.

Haverich’s technology? Apparently not that different to that of his former associate Macchiarini, namely seeding cells on carcasses of appropriate shape, so they know which organ they have to regenerate.

As it is custom with most visionaries, also Haverich had his legend ready about his discovery of seeding stem cells on decellurised carcasses in order to regenerate heart muscle. It came about as a stroke of genius, naturally outside the lab and in context of some exclusive sporting activity:

“I got the idea of tissue engineering muscle with jejunum as I was driving back from a skiing trip at Easter in 2001”.

Haverich founded almost 20 years ago at the MHH the research centre for “Biotechnology and Artificial Organs”, LEBAO, which is now led by his former subordinate Ulrich Martin. In 2012, when Macchiarini and Jungebluth were celebrated for saving lives (of patients who were soon miserably dying from the failed trachea transplants), Haverich expressed his optimism about the heart-creation technology to Deutschlandfunk:

“In ten years we will be able to replace the heart, this I do not doubt in the slightest. The lung might be more difficult, but, depending on how we will regenerate the heart, it can be well possible to swiftly transfer this method to other organs, so that the lung can soon follow”.

The trick apparently, just as for Macchiarini, is to bring the cells into the right shape. For this, Martin and Haverich were using both the decellurised donor carcasses as well as 3D cell printing, with lasers shooting cells, as Haverich explained elsewhere:

All this does sound rather high-tech, but creating living organs from cultured cells in vitro may not work that straightforward, even with the most precise lasers. Martin, who unlike Haverich is rather sceptical about growing entire organs, prefers to restrict the goals to tissue patches. He explained to Deutschlandfunk:

“We focus as a cell source primarily on induced pluripotent stem cells. […] These cells are in principle able to produce all cells inside our bodies, they can be cultured indefinitely and we can for example generate from these cells heart muscle cells, which we in turn can use for the production of three-dimensional tissue”.

Haverich however sees the future of entire organ replacement in biotechnology (he does call a stop at brains, but only for ethical reasons), yet in 2012 he was still not sure which organs would need decellurised carcasses and which can be printed with lasers:

Just a couple of years later, Macchiarini’s fame turned into notoriety, after Swedish television aired a groundbreaking three-part documentary by Bosse Lindquist. In an April 2016 interview with the German SWR2 radio, Haverich denounced the technology he had praised just four years ago:

“I don’t think it’s realistic. Personally, I think nothing of this idea of organ decellurisation and cell re-seeding”.

He then beat distance to the adjunct professor he himself recruited:

“I have been following Mr. Macchiarini’s research over many years very closely, because he worked on trachea replacement. This was also our research field, yet we saw that at that time the technology was not successful in experiments with large animals. We put this kind of research aside, because we said: not like this. He however continued anyway”.

Stefan Zorn, head of media and public relations at MHH, declared to me on behalf of Haverich and Martin:

“Prof. Macchiarini was at no point employed at the MHH [which makes this newspaper report and this MHH press release from 2004 about Macchiarini’s 4 days/month employment very confusing, – LS]. Prof. Macchiarini used to work at the Klinikum Heidehaus, a communal hospital. Until December 2006 he performed some trachea operations at the MHH- but none with a trachea construct, be it on basis of biological or artificial scaffolds. […]

At the MHH we followed a different approach: trachea replacement based on the patient-own natural matrix (and not  plastic-based, as used by Prof. Macchiarini in Barcelona and Stockholm). Since 2006, these concepts of bioartificial trachea replacement were not followed up at MHH anymore. Our research on regeneration/reconstruction of the heart never were or are in any way connected to projects of Prof. Macchiarini”.

Exactly these regenerative medicine heart valves, which allegedly grow together with their child patients, are the main clinical field of Haverich. The decellurised donor valves are seeded with endothelial cells which allegedly regenerate the dead tissue of the transplanted valve scaffold and make it alive and even growing.

In this regard, Haverich was accused by his colleague from Berlin, Wolfgang Konertz, in a 2006 letter to the journal to have misappropriated this technology. The Hannover clinic head was however fully exonerated by a 2009 decision of the German state funding agency DFG (this debate about the heart valve patent however costed Haverich the nomination for the prestigious state award Zukunftspreis).  Konertz himself transplanted between 1995 and 2000 fourteen patients with plastic coronary artery bypass grafts, which he seeded with endothelial cells extracted from patients’ veins for the purpose of regeneration (Laube et al, 2000).

One can guess where Macchiarini got his weird ideas of regenerating plastic and decellurised donor scaffolds, which he then decided to transplant in the most unsterile environments inside the patients: the airway and as the envisioned follow-up, the throat. His ideas originated in Germany, the only country directly involved, which mass media is still largely diligently ignoring the Macchiarini scandal. We all know how his operations worked out for the patients, no wonder that Haverich now distances himself from the “decell-recell” method he used to endorse.

How Konertz patients fared with plastic tubes inside them, is not clear, the sterile environment of the blood stream may have reduced the damage inflicted on them by this doctor experimenter. Haverich however became tremendously successfull with his regenerated heart valves, where he used endothelial cells collected from blood. In 2015 EU awarded him, his ESPOIR consortium and his company Corlife €5 Million to transplant at least 200 patients with “growing” heart valves. But does Haverich’s science really deliver on its promise?

15 comments on “Regenerating in Hannover, Part 1: how Macchiarini got ideas”