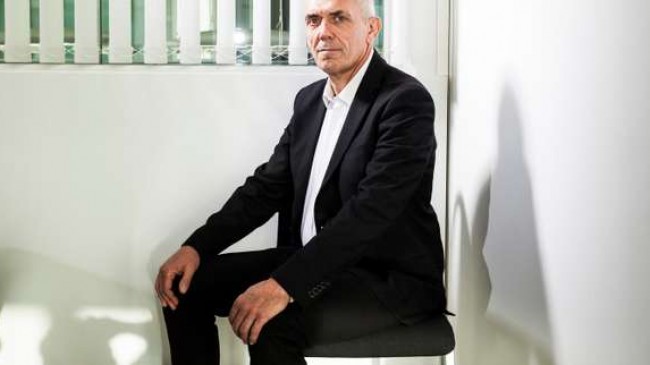 An update to the ongoing cartoon Stalinism propaganda and purge activities at the EU largest research institution, the French CNRS, in the wake of the affair around manipulated data of CNRS chief biologist Catherine Jessus, according to their press release an innocent “victim” of my “slanderous” and “unscientific” blogging.  First of all, a reliable source forwarded to me information from inside CNRS who one of the anonymous investigators was: Francis-André Wollman, CNRS researcher and professor at Jessus’s university UPMC (now Sorbonne University) in Paris. Wollmann is plant cell biologist, specialising in chloroplasts, the technology of western blot is standard in his lab. He did not reply to my emails, also the CNRS and Sorbonne University press speakers chose not to deny his role as anonymous Jessus investigator. The experts namely declared western blot manipulation to be good scientific practice, and lashed out at those who have a problem with copy-pasted gel bands (read here).

Then, the new CNRS President Antoine Petit, who replaced interim president Anne Peyroche (deposed after my reporting about data manipulations in her papers) proved to be not really a reformer, quite the opposite. Petit approved the new definition of what research misconduct in biology is, following cues from Sorbonne University and its president Jean Chambaz (who is cell biologist, specialising on intestinal metabolism and thus also a western blot expert), as well as Wollman and other Jessus investigators. New Sorbonne and CNRS Party doctrine is that data manipulation is definitely not research misconduct, but criticising that data manipulation is.

This is how Petit responded to the Jessus affair in public so far:

He compared it with falsely accusating someone of pederasty, before correcting to speak about pedophilia; its use of term "pederasty" was obiousvly an error and these seconds were cut in the podcast, which only contains the comparison with accusating of pedophilia. https://t.co/QKNrB6CsQg

Petit is a computer scientist, so for him the latter point is not a general empty talk. He even already has the right man with the right tools in place to set up the surveillance and hunt for traitors. Petit’s successor at the French National Institute for computer science and applied mathematics (INRIA) is nominated to be Eric Horlait, former head of Jessus’ university UPMC and president of Qosmos, an UPMC spin-off company producing deep network surveillance tools and accused to be supplier of such equipment to dictatorships and of “complicity in acts of torture” in Syria and Libya. On the other hand, PubPeer website is operated by two CNRS scientists, Brendon Stell and Boris Barbour. Together with the announcement of IT surveillance from Petit, and Qosmos being part of the game, PubPeer community seems to be receiving a warning to stay away from key figures of French science.

PubPeer operators, known to be the new Watchdogs of Science, indeed largely stayed out of the Peyroche and Jessus affair, aside of removing links to my site or evidence I tried to post in this regard. Now, these two CNRS scientists are presiding over a kangaroo court against my own research on PubPeer, where my replies were occasionally system-edited to become a semblance of guilt admission, and where I was eventually publicly ordered by PubPeer to immediately explain my shady research activities on a predefined blog post on my own site.

This was what PubPeer founder and CNRS researcher Stell said about institutional misconduct investigations in March 2016, when there was at CNRS just the Olivier Voinnet affair, which PubPeer exposed together with Retraction Watch, and no one else:

Truly so, but academic conflict of interest works like this: others always have it, I don’t. Many scientists are acquitted daily by rigged investigations in secret. The Sorbonne University investigation of Stell’s superior Jessus initially followed that pattern, and absolved her in secret just some weeks after beginning  an investigation, until my article prompted CNRS to go Pravda. After having validated the evidence of manipulated data in papers by Jessus, those manipulations were declared by CNRS to be good science, in a press release. All CNRS PhD students will probably now receive courses in western blot photoshopping, taught by Olivier Voinnet.

That's an obvious case of fraud, but the response is really the sad story, and not unique to French science, at all.

Those were Petit’s own quotes on the Jessus and Peyroche affair in the aforementioned radio interview:

“I believe that there is no justification for scientific fraud. Conversely, the principle of presumption of innocence must be respected. […] I’m discovering these science integrity issues. In biology when it concerned the head of the CNRS. I am very shocked at the principle of anonymous denunciation that allows anyone to drill doubts into the work of anyone. […] I’ll take one comparison that may seem excessive to you […] Imagine that in an anonymous way we can accuse you of paedophilia, I think we are a bit in the same order of magnitude”

Now that myself and PubPeer commenters have been associated with paedophilia by proxy, from such an authority as CNRS President, let us see who the good guys are. The man who apparently was one of those secret Jessus investigators, Francis-André Wollman, is beyond any reproach. He is an esteemed cell biologist, director of CNRS Institut de Biologie Physico-Chimique (IBPC) and of the Laboratory of Excellence “Labex DYNAMO” with around 200 scientists, and as such his authority on western blot integrity must never be doubted. If you still have trouble believing the Party order that gel band copy-pasting is good research practice, here are his other credentials: Prof Wollman is also member of French Académie des Sciences, Knight of the national Legion of Honour, EMBO member and member at Academia Europea. The Executive Secretary of the latter, David Coates, told me in regard to such attitude to data manipulation: