Angewandte Chemie (translated Applied Chemistry) is an elite journal in the field, issued by the German Chemical Society. If you publish there, your academic career is made.

A Chinese scientist, trained in Germany at the Institute of Polymer Research Dresden of the prestigious Leibniz Society, published in Angewandte Chemie. And then the paper was right away withdrawn because of data manipulation. PubPeer sleuths found more. Will the German institute ever open an investigation?

The Chinese scientist is Xiaoling Liu, now associate professor at the College of Polymer Science and Engineering of the Sichuan University in China, and Secretary of the Blood Purification Branch of the Chinese Society of Biomaterials. Her research is described to be on “design and application of medial lung materials for extracorporeal membrane oxygenation (ECMO)“. Basically if Dr Liu’s biomaterials are faulty, due to, say, research misconduct, people will die.

This was Dr Liu’s retracted paper:

Others confirmed the concerns about a duplicated nanoparticle, but Liu disagreed and replied on PubPeer, with a picture:

“First, It is possible to obtain the same shape of polymersomes for the cryo-TEM image, which is caused by the shape of the polymersome itself, the water environment inside and outside the capsule and the preparation process of sample. In addition, when we zoom in on these two polymersomes (as shown below), there are still many differences, such as color depth.”

In July 2021, the paper was retracted, or rather withdrawn, with a notice:

“This Communication, published online on 14 August 2019 in Wiley Online Library (onlinelibrary.wiley.com), has been withdrawn by agreement between the corresponding authors, the journal’s Executive Committee, and Wiley-VCH GmbH, Weinheim. The withdrawal has been agreed upon following the explanation by the authors that problems with a microscopy image presented in Figure 4 of the article cannot be fully clarified.”

What the notice forgot to mention, was another problem present in that Figure 4:

The original paper is gone completely, you can thank Sci-Hub for storing a copy. So I contacted the last author Brigitte Voit, scientific director of the Leibniz Institute of Polymer Research (IPF) and professor at the Technische Universität (TU) Dresden. We communicated in German, so I present Voit’s replies in translation. She confirmed that her lab “was involved in this publication” and explained:

Liu did her PhD at IPF in Dresden under Voit in 2017, stayed for some months as postdoc and in 2018 returned to the same Sichuan University where she studied for MSc, to become professor. Her PhD thesis was titled “Polymeric Multicompartmentalized Systems Mimicking Artificial Cells for Controllable Multiple Enzymatic Cascade Reactions” and was supervised by Voit, together a certain TU Dresden professor Xinliang Feng, who is however never mentioned in the thesis detailed acknowledgements, unlike Liu’s “co-supervisor” Dietmar Appelhans and a lot of other colleagues at the Institute of Polymer Research in Dresden.

I also pointed out to Voit a possible problem with another paper from her lab:

All papers feature Liu, Voit, Apperhans, plus one extra co-author with a Chinese name, a different one in each case. Voit explained to me that the data reuse was intentional:

“The paper shows a comparison of 2 systems, the previously published and a new one. Unavoidably and completely correctly, a reference is made to the results of the previous manuscript or the results are reproduced (which must be then very similar) and shown in the SI [Supplemental Information, -LS]. Criticism should actually consider the context of the manuscript.”

There are different schools of thought on data reuse. All three papers are after all presented as original research, and the figures do not mention that the presented data was previously published as original research elsewhere. So one school of thought says any data reuse must be avoided, for example by repeating the experiment (also to ensure reproducibility), and if for some reason a reuse is unavoidable, it must be clearly acknowledged and justified in the paper. Another school of thought thinks all this is for losers, and the career trajectories of this school of thought representatives kind of proves them right.

The withdrawn Angewandte Chemie paper used to list only the Sichuan affiliation for Liu. Maybe the problematic research was done there? I asked Liu’s mentor Voit, who explained:

“The work was submitted a long time after Ms. Liu found her new place of work in China, and some experiments were also completed there.
As I said: The manuscript was withdrawn in agreement with all authors, as the problems with Fig. 4 could not be fully clarified. There is simply nothing more to say.”

Also Figure 4, with its photoshopped cryo-TEM images of nanoparticles, was it made in China then? The withdrawn Angewandte Chemie paper has no declarations on authors’ contributions, but I found this in the above discussed study Liu et al Chemistry 2019: “We thank […] Dr. P. Formanek for cryo-TEM investigations.“, this is also the IFM expert whom Liu’s PhD thesis acknowledges.

Which suggests, regardless of where and when the picture in Figure 4 was falsified, that it was most likely originally taken in Dresden, in Voit’s institute. The guidelines of the German Research Council (DFG), which apply to all German research institutions, mandate a storage of raw data for at least 10 years after publication. Also the Leibniz Society, to which the Institute of Polymer Research belongs, mandates 10 years for raw data storage. In this case therefore, until 2029. Voit, whose task as scientistic director of her Leibniz institute is to implement the DFG and Leibniz guidelines, remained silent on this topic ever since.

Then, a more recent study was criticised for data reuse, incidentally from the now withdrawn Angewandte Chemie paper.

Liu protested on PubPeer that the graphs merely look similar:

“The specific data involved in the two graphs are different. And the different data can be identified by the scale lines on the vertical axis of the graphs, which are also reflected in the tables in the Supporting Information (Table S5 and Table S8 respectively).“

You see, the Y-axis is different, which somehow proves the graphs cannot be same even if they clearly do look identical (except for two data points). Voit’s only comment was:

“the statement was clearly not agreed with me“.

Well, the data in the highlighted figure was apparently obtained in Dresden also, as Liu et al 2020 mentions: “The authors would like to thank Dr. H. Komber for samples of NMR“. Voit could easily check the raw data.

Now back in China, Liu continues producing excellent research. Like this, spotted by Cheshire aka Actinopolyspora Biskrensis:

This one is the best:

The last author of both these above papers is Liu’s Sichuan colleague and another biomaterials researcher Changsheng Zhao, who also happens to be co-author on the withdrawn Angewandte Chemie paper and on the criticised Liu et al 2020 of Voit’s. As reminder, these people work on medical applications, research fraud will swiftly translate from bench to bedside into dead patients.

Voit however early on made clear to me her position on her PhD mentee Liu:

“She did an excellent job. There is no reason for an investigation into scientific misconduct and therefore it will not take place.“

As reminder, Voit is the scientific director of her Leibniz institute, and thus theoretically the one in charge of opening or not opening such investigations. But not just this. If I were, hypothetically, to write to the Leibniz society to complain that the scientific director of IPF, Prof. Dr. Voit, decided regarding her own papers that “There is no reason for an investigation into scientific misconduct and therefore it will not take place” I would have to address my complaint to one of the so-called “central ombudspersons on the Leibniz Ombuds Committee“, whose tasks are defined:

“The central Ombuds Committee investigates accusations of scientific misconduct levelled against current and former employees of member institutions and, where necessary, sets up a committee of enquiry in accordance with the relevant guidelines. The central ombudspersons also advise the member institutions and their ombudspersons on all issues to safeguard scientific integrity.”

Can you guess who the central ombudsperson of the Leibniz Society is?

Which ends the story. Anyway, maybe Professor Voit needs to reconsider her choice of collaborators.

“All experiments and Analyses were done in the group of Prof. Karak“

Professor Niranjan Karak of Tezpur University in India is indeed a special case, with 22 papers on PubPeer. I would even suspect his moustache to be fake and photoshopped. Some warning examples, luckily without any coauthors from Germany:

Problem is, if Voit doesn’t use her high standing to retract at least that one fraudulent Karak paper she co-authored, nobody will. Certainly not the Editor-in-Chief of that ACS journal and University of Texas San Antonio professor, Kirk Schanze, whose ACS Applied Materials & Interfaces specialises on covering up fraud by the most toxic fraudsters from India and China by issuing “conclusions not affected” corrigenda equivalent to science sabotage.

But Voit made clear she wishes to have nothing to do with that Karak paper she is co-author of. I forwarded the concerns to the institute’s Ombudsman, Klaus Werner Stöckelhuber. No reply so far, maybe Dr Stöckelhuber is still conferring with the Leibniz Society’s central ombudsperson? Remember what Prof Voit said regarding her PhD student?

“There is no reason for an investigation into scientific misconduct and therefore it will not take place.“

To be fair, it may be a culture clash and research misconduct investigations are kind of inadmissible in Dresden. Last time I tried to report a rather serious case to TU Dresden, its Ombudsman turned around and accused me of research misconduct.

“I duly receive your email and your notification. But since I am obviously biased, as you yourself have noticed, I cannot follow this up myself, and I ask my colleagues to do so. There are internal investigations at the IPF.“

Incidentally, there is a reason why the Leibniz Society has a Central Ombudsman Board since 2020. Some years ago, there was a high-profile research misconduct and animal abuse affair featuring the (dethroned) director of the Fritz-Lippman-Institute on Aging in Jena, K Lenhard Rudolph. Read about it here and here.

I informed the Leibniz Society about further irregularities in the papers from the Voit lab and the PhD thesis of Xiaoling Liu, defended at IPF under Voit’s supervision.

The following issue is present in both the PhD thesis and in this paper:

This statement just arrived from the head of the Department Integrity at the Leibniz Association (highlight mine):

The Leibniz Ombudsman Committee received via the Scientific Director of the IPF Dresden your allegations against various publications with the participation of Leibniz scientists, as well as the additional information you supplied directly. We will investigate this named notification of scientific misconduct in accordance with the applicable rules of the Leibniz Association. I would also like to inform you that Prof. Voit has relinquished her position on the Leibniz Ombuds Committee until further notice.“ 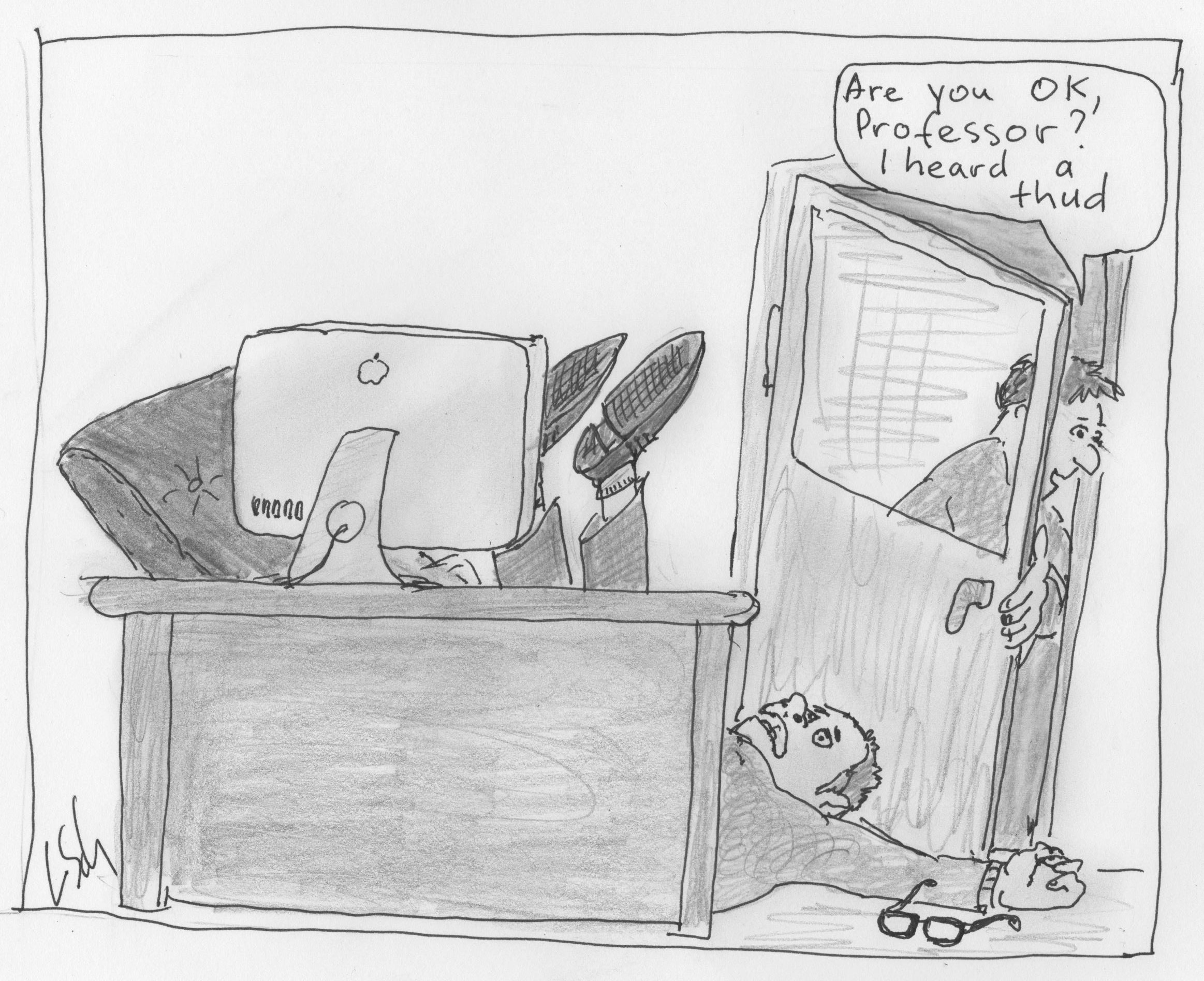 14 comments on “Bad Choices in Dresden”