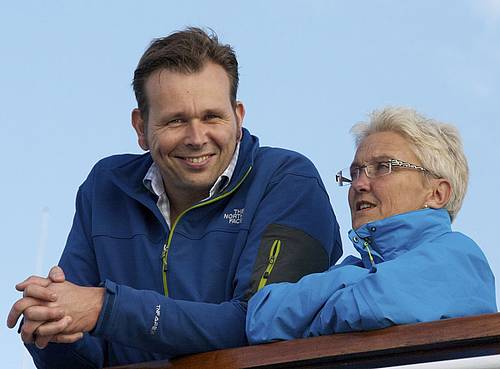 Below a support letter by Rafael Cantera, professor of zoology at the University of Stockholm in Sweden, addressed to the leadership of the University Clinic Würzburg. This is because two professors of this German university, Thorsten Walles and Heike Mertsching (now Walles) chose to respond to my inquiries about their earlier trachea transplants made from pig intestine (see my detailed report here) with lawyers’ financial blackmail and right after, with court actions, which had me sentenced guilty with a  threat of a prison term of 6 months, without my prior knowledge (see case description here). Such are the peculiarities of German law: internet bloggers are basically  legally defined here by default as criminals, and professors as infallible and divine beings (in fact, even Walleses’ former boss and collaborator Paolo Macchiarini is still a protected adjunct professor at their former common place of work, the Medical University Hannover). I received lots of support from my readers, and was also invited to give an interview with the French magazine Mediapart (German version here). Now, I am deeply grateful to Prof. Cantera for his support, and hope other international and maybe even German academics join in and sign below.

A conspiracy of German institutions against freedom of information

The Walleses even admitted to their judge in Würzburg that they did receive my questions in advance, but chose not to reply to them. They instead even revealed to the court their immediate intentions to find out my private address and had me slapped with a costly court injunction and a threat of a prison term, from the very beginning. The judge however apparently saw my act of asking inconvenient questions alone as an act of blasphemy against German professors.  The only  evidence against me which this Würzburg regional court judge actually bothered to scrutinise was the Walleses’ academic employment situation and their current applications to new professorships. That “evidence” fully sufficed to declare me guilty of slanderous libel against two German professors, what I actually wrote about their trachea transplants on my site was utterly irrelevant in this context. It was enough that the Walleses did not like it.

While they and their pricey lawyer prepared this legal attack on basic freedoms of speech and press, their employers, the University of Würzburg and the Fraunhofer Institute for Interfacial Engineering and Biotechnology in Stuttgart, repeatedly refused to answer any of my questions regarding those 3 tracheal transplants, even when requested to do so under legally binding freedom of information law. Most recently, I asked the Fraunhofer institute to explain if any animal testing at all was performed before their researcher Heike Walles delivered in 2007 and 2009 pig-intestine-derived tracheal grafts which her husband then implanted into two patients. The internet biomedical portal PubMed suggests that to the very least, no animal experiments at all were published by the Walleses in this regard, before or after the method was initially first tested on a human patient together with Macchiarini in Hannover in 2004.

Update 23.01.2017: The Fraunhofer Institute admitted that no animal testing was deemed necessary prior to two patient transplants. Details here.

Instead answering my questions, the University Clinic of Würzburg allowed their two professors to use these affiliations to suggest that they were actually acting in court against me as representatives of the entire University Clinic. It went as far that both the University and the University Clinic Würzburg refused to even acknowledge receiving my administrative complaints about their two professors, never mind processing those. My freedom of information inquiries to the German Ministry of Education and Research and the medicinal product watchdog Paul-Ehrlich-Institut about the Walles’ ministry-funded clinical trial and about the approvals for their previous trachea transplants, are as yet unanswered, even after the legally binding time period of one month to deliver a reply has long expired. It is none of nosy public’s business if human experiments in German research institutions (with none of the affected patients being currently alive) were ever properly approved  or, if indeed these experiments actually still take place or are being prepared. The status of the aforementioned federally-funded multi-patient clinical trial with pig intestine-made trachea is confidential and not for us to know. If you want to speak of academic conspiracy in Germany, here is a big and a highly unsavoury one.

In fact, the Walles’ lawyer just sent me another threatening letter, demanding of me to accept the court injunction, pay his clients an unspecified compensation damage and him around €1800 lawyer’s fee.

Open Letter in support of Schneider’s investigation of trachea transplants in Germany, by Rafael Cantera

For months I’ve been reading in the Swedish press as well as on Leonid Schneider’s blog For Better Science many notes about the scandalous trachea transplantations on human patients in which Dr. Paolo Macchiarini has been involved and for which he’s been, and is still investigated in Sweden. This was an extraordinary scandal for the Karolinska Institute and the Karolinska University Hospital; it has already resulted in several resignations and investigations, including a police investigation of Macchiarini himself. Fortunately, the Swedish authorities and academy adopted an open, self-critical and transparent reaction and in due process questions from journalists were answered, documents were made public, investigations were initiated and conclusions were reported to the public. For his fantastic journalistic investigation of this story  “of fraudulent research” that “revealed life-threatening ambition in the academic world” the Swedish journalist Bo Lindquist was awarded the Swedish Grand Prize for Journalism in 2016.

In spite of that, according to the Swedish press and academic colleagues of mine in Sweden and other countries this scandal might have negative, perhaps long-lasting consequences on the public trust and confidence in science and medicine and so, in my opinion, it deserves to be investigated to the last link and detail. If the public trust is to be restored, every trachea transplantation in which Macchiarini and his collaborators were directly or indirectly involved should be investigated and the results must be clearly and openly reported to the public. In doing so, which as a scientist I think is necessary and important, Leonid Schneider started to investigate the activities of the German professors Heike and Thorsten Walles, who were also involved in trachea transplantations and had professional links to Macchiarini and his activities (primarily: Macchiarini et al 2004 and Walles et al, 2004).

Now, after reading about the court trial in Bavaria against Leonid Schneider, I have the unpleasant feeling that it is perhaps the intent to punish him for his investigations and to avoid further investigations of possible misconduct in German universities regarding Macchiarini-related trachea transplantations. This feeling will be supported if it was correct, I as was told, that both research institutions involved, namely the Fraunhofer Society and the University of Würzburg refused to answer questions regarding the two experimental trachea transplants on human patients they performed and later on published (Mertsching et al 2009  and Steinke et al, 2015 ). Moreover, it appears that Professors Walles acted apparently with full approval of their academic employer by using their academic affiliations with the University Clinic Würzburg. The outcome was a court injunction passed in absentia against Leonid Schneider forbidding him to state facts which Professors Walles themselves had been repeating often and widely just some years ago in interviews, press releases, books and research publications.

Leonid Schneider can count with my support and I hope you will also help him in his important investigation, answering his questions and providing as much information as you can disclose.

Dear readers, If you wish to express your support as well, please comment with your full name and institutional affiliation below.

If you would like to support my court litigation financially, donation amount doesn’t matter, please go to my Patreon site or contact me.

Update 4.02.2017. The signatories of this letter have been subjected to an “alternative facts” campaign by Walles’ employee Jan Hansmann. Details here.

228 comments on “Open Letter in support of my investigation of trachea transplants in Germany, by Rafael Cantera”